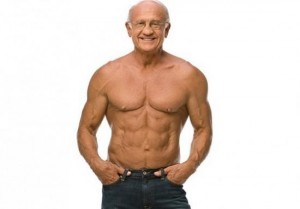 Not everyone can look like Dr Jeffrey here in their 70’s, but now it may be possible to stay healthy and feel young, thanks to new breakthroughs in anti-aging research, including Niagen.

Niagen is the brand name of Nicotinamide Riboside,  a recently discovered form  of Vitamin B3 that occurs naturally in mothers milk and other natural substances. 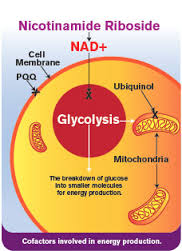 This recent research has proven that a single dose of Niagen raises the levels of NAD+ in humans.  This is important because the mitochondria in every cell in your body depend on NAD+ for energy. It is the basic energy building block that all life depends on.

Previous studies have demonstrated that increased NAD+ levels actually reverse the aging process (1). Mice whose NAD+ levels  were raised over an 8 week period  had more energy, weight loss, improved thinking, and increased muscle strength.  Autopsies of  the old mice showed muscles equivalent  of to those of young mice. 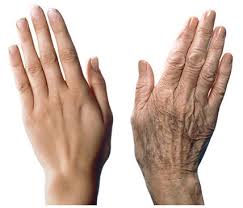 When humans are young, our cells are rich with NAD+, giving us youthful energy and appearance. But as we grow older, we gradually lose our NAD+ by as much as 50%.

When this happens, the communication between the nucleus and mitochondria break down, and our cells don’t produce nearly as much energy as they once did.

Cells have less energy to perform ALL the basic tasks and are more easily damaged by free radicals. This is the normal aging process we all go through with wrinkles, graying hair, less energy, memory loss, etc.

Many other studies are currently underway to explore the numerous benefits of increasing NAD+ such as improved vision, energy, hearing, weight loss, neurological protection (2,3,4).

Like so many things, NAD+ levels decrease as we age.  Bringing them back up improves the mitochondria functioning and has been shown to dramatically reverse the aging process!

Chromadex owns the trademark for “Niagen”, with 5 patents granted for its production. They are the only supplier, so there is no real difference in the different brands of Niagen currently on the market.

One brand that does try to differentiate their product – “Basis” by Elysium. They add a proprietary form of resveratrol called pterostilbene, which they claim makes it work better.

Pterostilbene is also made by Chromadex. Perhaps it does work a tiny bit better, or more likely it done to justify the price they charge which is about 50% more than other brands for lessNiagen.

The chart here lists the brands with best pricing. All have different capsule size and quantity, so we break down the math to show the cost per mg to better compare for you.

These are the minimum allowable advertised prices,
which are strictly enforced by manufacturers.

HPN- High Performance Nutrition is our favorite brand. The 3, 6, and 12 bottle packages offer the best value.

LiveCellResearch is becoming the best known as they advertise a lot more. They are a smaller company, but have a good reputation so far. Pricing for a single bottle is the lowest cost per mg, but do not have the multiple bottle deals that HPN does.

Life Extension is the biggest brand name so far selling Niagen, so some people are more comfortable buying here even though their price per mg is not competitive with other brands. They also sell a small quantity for around $21 for those wanting a trial, but the 30 100mg pills would only last 6 days if you take the 500mg per day that recent research shows to be most effective.

“The bottom line is that NR improves the function of mitochondria, the cell’s energy factories. Mitochondrial decline is the hallmark of many diseases associated with aging, such as cancer and neurodegeneration, and NR supplementation boosts mitochondrial functioning.”