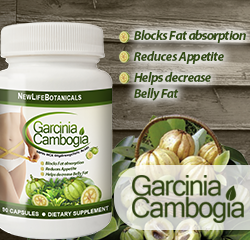 Extra pounds can weigh heavy on your waistline and heart, but they can also make life tough for your feet. **As seen originally on AlivebyNature.

University of Southern Cal­ifornia experts surveyed 580 women with foot ailments. Those who were 20% or more above their ideal weight had significantly higher rates of plantar fasciitis (inflamma­tion and pain in the arch and heel), tendinitis, ankle sprains and fractures. “Overweight people tend to walk differ­ently to maintain support and stability,” says orthopedic surgeon and study author Carol Frey. “They take smaller steps and walk with their feet wide apart or their toes an­gled outward, which strains the inside of the ankle.”

To protect your dogs, have them measured each time you buy shoes— and shed those excess pounds. Though you may be tempted to stay off your feet when they ache, it’s important to exercise and stretch regularly. The more flexible you are, says Dr. Frey, the less stress there is on your tendons. For more foot-saving tips, call 800­824-BONES for the American Academy of Orthopaedic Surgeons’ free brochure “If the Shoe Fits, Wear It.”
—JENNIFER CHREBET

Rx for Severe Hypertension
If you have high blood pressure, here’s one more reason to dust off that tread­mill or sign up for an aerobics class. Studies have long shown that regular aerobic exercise helps lower mild to moderate hypertension. But a new re­port suggests the benefits extend to people with severe forms of the disor­der also.

Researchers at the Veterans Affairs Medical Center in Washington studied 46 black men whose blood pressure was higher than 180/110. (Blood pres­sure is considered elevated if it’s above 140/90.) After their blood pressure was brought under control with medication, half the men were assigned to a thrice-weekly, 45-minute stationary cycling regimen. The other group didn’t exer­cise but continued to take their medica­tion. After 16 weeks, the exercisers’ di­astolic blood pressure (the second number in the reading) had decreased from an average of 88 to 83; after 32 weeks, they were able to reduce their medication 30% to 40%. In contrast, average diastolic blood pressure in­creased slightly in the sedentary men, from 88 to 90.

Exercise also significantly reduced enlargement of the heart, a serious complication of severe hypertension. And these benefits, say researchers, should apply not only to black men, who are especially prone to high blood pressure, but to anyone suffering from the condition.
“Severe hypertension often requires more than one medication to control it,” says cardiologist and study coau­thor Vasilios Papademetriou. “Not only is this costly,” he continues, “but it may also increase side effects, including dizziness, hot flashes and gastrointesti­nal problems. Cutting down medica­tion through exercise can reduce side effects and improve patient compli­ance and quality of life.”

One caveat: Before hitting the gym, people with severe hypertension should have a stress test done by their doctor to determine how much exercise is safe. Most important, no one should discon­tinue or decrease his or her medication without a doctor’s approval.

If you’ve been skipping strength training because it takes too long, you may be able to trim your workout time dramatically—without sacrificing muscle. A University of Florida study suggests that doing one set of repeti­tions is as effective as the standard three.

Exercise physiologists Michael Pol­lock and David Starkey put 50 weight-room novices through a thrice-weekly regimen designed to build thigh mus­cles. Some exercisers did three sets of eight to 12 repetitions, while another group did only one set; the latter group lifted the heaviest weight they could manage until they couldn’t lift any­more. After 14 weeks, thigh muscle thickness and strength were the same for both groups. It makes sense that other muscles in the body would react similarly,” says Dr. Pollock.

on’t be too hard on yourself if you’ve quit smoking and subsequently put on some weight. A nationwide sur­vey of more than 5,000 adults suggests that people who quit smoking are likely to gain about 10 pounds, no matter what they do to keep their weight down. Specifically, men gain an average of 9.7 pounds; women, 11 pounds.

When you’re trying to quit, it is im­portant to eat right and exercise, says epidemiologist and study author Katherine Flegal at the National Center for Health Statistics. “But these efforts may not be enough to prevent you from gaining weight. That’s because nico­tine helps keep weight down, probably by increasing metabolic rate.”

Still, some experts question the one-set method: “Doing more than one set gives exercisers a chance to focus, as well as warm up muscle tissue,” says Mitch Simon, a resistance training ex­pert in Oklahoma City.
For most people, however, doing one set is just fine, particularly if it makes the difference between hoisting those weights and throwing in the towel. Regular strength training not only helps prevent osteoporosis, but also boosts metabolism, making it easier to keep extra pounds off. —CINDY SHUTE

Don’t be too hard on yourself if you’ve quit smoking and subsequently put on some weight. A nationwide sur­vey of more than 5,000 adults suggests that people who quit smoking are likely to gain about 10 pounds, no matter what they do to keep their weight down. Specifically, men gain an average of 9.7 pounds; women, 11 pounds.

When you’re trying to quit, it is im­portant to eat right and exercise, says epidemiologist and study author Katherine Flegal at the National Center for Health Statistics. “But these efforts may not be enough to prevent you from gaining weight. That’s because nico­tine helps keep weight down, probably by increasing metabolic rate.”

Between 1978 and 1990, the proportion of overweight Americans rose nearly 9%, partly because so many peo­ple have quit smoking. But that’s no reason to keep puffing away. “If you smoke, the best thing you can do for your health is to stop—no matter what,” says Dr. Flegal. Smoking in­creases the likelihood of lung cancer, heart attack, stroke, emphysema and many other ailments, while an extra 10 pounds isn’t likely to hurt you much.
Since other studies have found that weight gain most often occurs within the first six months or so after quitting, Flegal suggests staying away from spartan diets or grueling exercise regi­mens during that time, since they’re likely to lead only to frustration. In­stead keep your body moving, eat healthfully—and remember to pat yourself on the back for giving up a lethal habit. -RANDI GLATZER